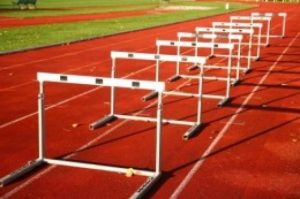 What does the news that Colin Jackson is gay and our response to it say about attitudes to sexuality in 2017 Britain? It tells us quite a lot has changed but that we can do better too.

Attitudes are changing. The data keeps telling us. But we can still be pretty ham fisted in our responses to this sort of news. It doesn’t take more than a quick trawl through social media to be made painfully aware of that.

Let’s start with the language. Colin apparently ‘revealed’ something he previously ‘denied.’ You might think this is harmless enough. At some level these things are true. But it’s all pretty cloak and dagger, isn’t it?

‘Revealed’ hints at the idea of secrecy. And ‘denied’ somehow suggests that he had an obligation to share the information with us earlier. But it wasn’t actually a secret. It’s just that he didn’t think it was any of your business. It was private. It was personal. He didn’t want you to know.

What Colin actually did was have a conversation with some people he felt comfortable talking to, knowing that what he was sharing would become public.

Coming out means different things to people. In my experience, it’s not an event or even a process. It’s a place you go time and time again. I have chosen to come out pre-emptively in any new social or organisational setting for many years. It just saves a lot of misunderstanding and embarrassment.

And that does happen. Within the last five years, I’ve been asked what my wife does. Neither of us quite knew where to put ourselves at that moment. It’s not the end of the world but, honestly, I can live without it.

So yes, Colin came out publicly. But we weren’t the first to know. As he explained in the interview, he had told his mother. And he’d done that because he’d been forced to. Not so long ago.

Colin may have come out pre-emptively in some circles too. I’ve no idea. Because no, contrary to my Twitter feed, we didn’t know. You might not be ‘surprised’, but that’s not because you’ve ‘always known.’ You didn’t know ’20 years ago’ unless he told you. And if you’re responding on social media by saying that, it seems unlikely that he did.

And as for, ‘it’s a surprise to literally no-one.’ How on earth do you know? Have you asked everyone? Yet it goes on. ‘Let’s be fair, he didn’t hide it well.’ Really? That’s being fair? What exactly was it about his presentation that made you think he wasn’t hiding it well?

Was there something about his hurdling technique that you thought was gay? Or his style of commentary? Does not talking about something you regard as personal constitute hiding something?

There is another irony in all this. Homophobia thrives because mostly we still assume people are heterosexual. Yet people assumed Colin was gay even though they didn’t know. Perhaps just stop making assumptions.

I don’t know Colin Jackson. But he is part of a sport I love. It’s a sport where the most overt homophobia, still a feature of life in football, for example, is far less evident. But like any sport, it has its work to do and the news about Jackson will make him stand out.

He has said that he didn’t talk about it before because he didn’t want it to be ‘sensationalised.’ And some of the guff that’s been uttered rather proves his point even if it hasn’t attracted the headlines it would have done not that long ago.

The sad thing about this is that it can help if people with a high profile in sport choose to share the fact that they are gay. It can help young athletes who are frightened of sharing it with team mates and parents who are fearful for their child’s welfare. It can help anyone who doesn’t feel it’s something they can share for whatever reason.

I have no idea what Colin wants to do next. I only hope he does what’s right for him, even if that’s choosing never to discuss it publicly again. That’s his choice. That’s actually what I’ve spent the last 40 years arguing for.

But to those who said ‘so what?’, those who said ‘it’s not news’, that’s not quite true either. I get the good intention. It shouldn’t be news and one day I hope it won’t be. But actually, it is still news because it’s unusual. And it needs to stop being unusual.

I think that time is coming. A time when we no longer make assumptions about what our kids are or what they should be. Then the finishing line will be in sight. Until then it will continue to be unusual in some places. Sport is one of them. And so it will be commented on.

Colin did us a big favour whatever he decides to do next. Because now kids will know you can be gay and a world champion. They will have a new weapon in their armoury when faced with playground bullying.

And he did us another favour too. He said he was sharing it now because the questions he was asked were careful and in-depth. They were about his well-being as an athlete and a human being. That’s how any of us would want to be spoken to about our personal lives, isn’t it? It’s not rocket science.

PREVIOUSNEXT
What next after post-truth?We really didn’t need to talk about Kevin