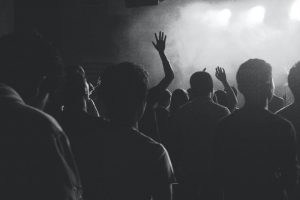 I have only ever met Andrew O’Hagan across a signing table. Such meetings are odd, often full of anticipation for the reader, sometimes mild exhaustion on the part of the author. Occasionally they are memorable too.

The signing may be no more than the briefest of exchanges to confirm who you’d like the book dedicated to. Sometimes there’s a conversation. It’s never lengthy, even if you know the author. There is a queue behind you waiting for their moment too.

Sometimes you come away feeling embarrassed by your gaucheness — as if it would even be remembered. Other times you leave with a wee gem — yours to keep, as well as the book. So it was when I met O’Hagan for the first time at the Edinburgh International Book Festival in 2003.

I had been staying in Edinburgh for just a couple of months, having moved here after 21 years in the big smoke. A homecoming to the country I came from but had never lived. O’Hagan had done the journey in reverse.

I had become a devotee of O’Hagan’s as a reader of the London Review of Books in the early 1990s. His first book, The Missing, published in 1995, has sat on my shelves for 25 years, alongside another brilliant paperback from the same period, The Dispossessed, by Robert Wilson and Donavan Wylie.

What mesmerised me about The Missing was the maturity with which O’Hagan conveyed the times I had just lived through. He wasn’t even 30. Seven years my junior, he seemed already to be someone I wanted to be when I grew up.

As I passed my newly purchased copy of Personality, O’Hagan’s second novel, across the signing table in 2003, he didn’t ask the dedication question. Instead, he inquired whether I was a visitor or a resident and what I did for a living.

Signing just his name, he looked at me intently with an ever so slightly mischievous grin.

“Skiving’s great”, he said. “We all need to skive now and then.”

I have remembered that encounter a lot as I read O’Hagan’s latest novel, Mayflies, this week. The book’s narrator, Jimmy, is somehow both the people I met that day — the serious man of letters whose book I clutched eagerly and the man who still relished the art of skiving.

Although Mayflies is a novel and not a memoir, O’Hagan acknowledged in an interview with Damian Barr at this year’s Edinburgh International Book Festival that it is his most autobiographical work to date.

Like the New Statesman columnist, Tracey Thorn, who reviewed Mayflies eloquently this week, I read the novel in stages. That was partly because, until yesterday, I had pressing work commitments to attend to, even if taking O’Hagan at his earlier word was tempting.

But like Thorn, I also quickly realised I was reading a book that I didn’t want to end. There is an irony in that which won’t be lost on those who have read it.

Last night, I was too distracted by the week’s events to settle. But this morning, free from obligation, I immersed myself in the last 100 pages. Only the making of a pot of tea could come between me and the rest of the story. I had been warned I would cry — and I did.

For all its fictional form, Mayflies is rooted unmistakably in O’Hagan’s own life. The most telling moment in the interview with Barr was when he recalled a conversation with a friend from his youth who had been diagnosed with cancer a few years ago.

‘You will write about us, won’t you,’ his friend had implored. Such a plea would surely be hard to resist as a writer. Listening to O’Hagan, tears rolling down my cheeks, I knew in an instant I had to read the book.

What also reeled me in was O’Hagan explaining that much of the first part of the novel tells the story of a trip to Manchester in the summer of 1986. Jimmy and his pal, Tully, then 18 and 20, head there from Ayrshire for a weekend along with friends, Tibbs, Limbo and Hogg.

The trip’s imperative is music and clubbing — nothing will stop the friends from attending a concert at G-Mex with a billing headed up by The Fall, The Smiths and New Order, followed by a night at the Haçienda. Everything else is happenstance, even their accommodation.

It is a story of youthful exuberance and exploration sustained by joints, speed wraps and whatever alcohol comes to hand. It is also a coming of age tale of the last weekend the friends spend together before life takes them in different directions.

Manchester is the city I grew up on the edge of. I never went to either venue as I had left for good by the time they opened, even though my departure was just seven years before Jimmy and Tully’s trip.

But music is part of its legacy for me too, not least inspired by the co-founder of the Haçienda, the late Tony Wilson who hosted the Granada TV music programme, So It Goes, during my adolescence.

The novel transported me to the summer of 1979, my last at home, much of which I spent with my school friend, Howard, before we also took divergent paths. That summer had its own soundtrack including Joy Division’s, Unknown Pleasures, which had just been released.

My life has long been anchored north of the border. But part of me will always be Mancunian. So I smiled ruefully when, kissing his G-Mex ticket, Tibbs opines, “I wish Manchester was in Scotland…It’s a nuclear fuckfest of musical talent.” Amen to that.

More than anything, Mayflies is a homage to friendship. O’Hagan provides us with a lens to reflect on the connections which have endured through our own lives — the people whose love has shaped and supported us.

“Loyalty came easily to Tully,” Jimmy tells us on the way to Manchester. “Love was the politics that kept him going.” Despite their subsequent parting, and their contrasting lives thereafter, it is a bond which endures.

Thirty years later, by which time Jimmy is a successful writer in Primrose Hill, a phone call from Tully in Scotland brings them inextricably together again. Love and duty call Jimmy to his old friend’s side and with them the realisation that for the first time in their lives, their friendship has a ‘final destination.’

Howard and I are still friends 40 years later. He has always insisted that I never returned the single of Ronnie Spector and the E Street Band’s version of Say Goodbye To Hollywood which he lent me that summer. The least I could do this week was send him a copy of Mayflies.