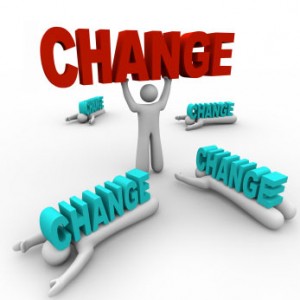 The practice of hoarding is a bone of contention in our house. I try not to do it but my partner is a self-confessed hoarder. However in my case there some exceptions, the most obvious of which is books. The other, which takes up rather less space, is a variety of old papers including my undergraduate essays. I don’t very often have cause to look at them but one sprung to mind this week for a couple of reasons. It’s entitled, How did Marx use Feuerbach’s ideas and in what respects did he ultimately reject them? A whistle stop tour of the essay goes something like this:

• Ludwig Feuerbach was a 19th-century German philosopher. He developed a systematic critique of Hegel’s philosophy of religion. Core to this critique was that Hegel’s approach was not man centered. For Feuerbach man was a species being and he believed that philosophy should become anthropology, the science of man and his relation to nature.

• Feuerbach realised that for Hegel, thought was the subject and existence was the predicate. This, in Feuerbach’s view, was the ultimate abstraction. He developed his own form of materialist philosophy by turning Hegel on his head. Existence became the subject.

• Marx subsequently used Feuerbach’s transformative method in his own critique of Hegel. His application of the method brought him to the conclusion that civil society was the basis of the state rather than the other way round. Marx rejected the Hegelian notion that the state was an emancipation of the idea, while family and civil society were subsidiary and derivative.

• For Marx, therefore, men were the real source of all political institutions, social arrangements and indeed the state. In his Theses on Feuerbach, he ultimately rejected Feuerbach however, because he believed that, for all his criticisms of Hegel, he remained a theorist and his ideas did not lead to any consideration of practical action and therefore human emancipation.

Experts will have to forgive my interpretation. It’s based on a moderately good undergraduate essay without contemporary exploration of the source material. Suffice to say that as a young politics student I was excited and energised by Marx’s critique and especially by the idea of human emancipation. I have never described myself as a Marxist but these days it’s all too easy to throw the baby out with the bathwater. Why was I reminded of that youthful exuberance this week? There are two reasons and they are closely related.

The first is that I spent a couple of days at a fascinating leadership conference organised by the Scottish Government. The theme was Shaping Scotland and the idea was to think about the means by which we can achieve transformational change. The second was the publication of a new report by the Scottish Commission for Learning Disability, where I work, about asset based and person-centred approaches to working with people who have learning disabilities.

If you were at the conference or have had a chance to look at the report it’s not especially hard to see why I made the connection. Transformational change is ultimately about people not structures. As Peter Drucker said, culture eats strategy for breakfast. If we don’t transform culture, our strategies won’t succeed.

The starting point to asset based working is how we see people, as part of the community and as citizens. Real change in the lives of people with learning disabilities requires shifts in power at every level. We will succeed in improving the quality of people’s lives if we start from the premise that communities and the people who live in them are assets, capable of creating their own solutions, rather than a list of needs and deficits.

So when someone asked at the conference is inclusion achieved by changing structures or relationships, the answer to everyone was obvious. And our discussions were very rich. But the huge challenge for all of us is the shift from talking to walking. Unless we can do that we will remain pure theorists and nothing will change.

Marx is probably less fashionable than he’s been for quite a while and I’ve been a revisionist almost from the moment I wrote that essay. But he had some cracking ideas. And that notion of human emancipation still underpins much of what I try to achieve 35 years after I first studied it. ‘It’s the economy stupid’, has become a well-worn phrase these past 25 years. Marx understood that for sure. But for him what underpinned all that was that it’s the people, stupid. And that’s still true.

PREVIOUSNEXT
Can we transcend identity liberalism?Indyref 2: Can we learn to disagree well?